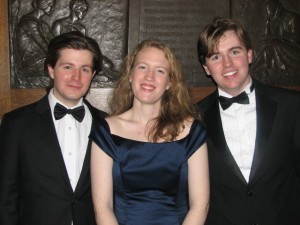 The 2013 Irish Tour of America

On Monday, March 18: Irish in Denver.  Sightseeing around Denver.

On Tuesday, March 19: Irish in Denver.  High school workshops, debate at Regis University, and a night on the town.

TO SACRAMENTO. On Thursday, March 21: Depart for NPDA in Sacramento. Host:  Brent Northup.  Host School:  University of the Pacific.

On Friday, March 22:  Guests at NPDA. 5 p.m. Public debate against the Americans.

On Saturday, March 23:  Guests at NPDA. Tour the sights of San Francisco.  All day fun!

On Wednesday, March 27: Irish in Helena. Irish evening of talk, song, and dance at Carroll to honor the Irish heritage of many Montanans.

On Thursday, March 28: Irish in Helena. Tour of Southwest Montana.

On Friday, March 29:  Irish in Helena.  Continuation of tour in Southwest Montana.

On Monday, April 1: Irish in Portland.

On Tuesday, April 1:  Irish in Portland.

On Friday, April 5: Irish in Seattle. Tour of Seattle

TO DUBLIN. On Tuesday, April 10: John and Liam depart for Dublin, Ireland.

“I’d really like to be able to portray Irish history in a different light. We’re typically portrayed as a tragic, drunken shambolic people and we’ve internalized that image to a great extent.”

Three students from Trinity College Dublin will travel from Dublin the Stockton California, to appear in the annual NPDA showcase debate at 4:30 p.m. on Friday afternoon, March 22 at the Hilton Stockton.

Kate Brady, John Engle and Liam Brophy won the Irish Times Debate Final on Feb. 22 at Queens University in Belfast. Brady was the individual winner, while Engle and Brophy won the team competition.

Kate Brady: Brady, 24, is a second year Master’s student in “development practice” heading towards a career as a development economist. Kate explains that her emphasis focuses on “health service delivery mechanisms in resource-scarce economies.”

“My dream career is mapping and analyzing health care facilities in developing countries so that governments are enabled to provide services to their citizens,” she says.

Brady was raised in Booterstown, Ireland, a coastal townland and civil parish, situated in the Dún Laoghaire Rathdown County Council area of the former County Dublin. Booterstown is about 7km south of Dublin.

She hails from a family of five. Her dad is a computer scientist and her mom is a professor.

“And my two sisters are worryingly successful,” she laughs.

She enjoys “percussion, poker and watching terrible television” in her spare time.

“And I’m the current convenor of the Making Time National Debate of Global Health which is run in association with the Irish Forum for Global Health.”

“Right now! The Irish Times Debate,” she said moments after her victory in Belfast.

Brady says she most values “the people who love me and the people I love.”

She hopes to work with citizens of developing countries ensuring equitable access to rights and entitlements.

“I love the idea of living in a completely different place, with a different language and culture and context,” says Brady. “So working toward health equity in developing countries appeals to me on that level – doing something enjoyable, somewhere different.”

Brady, a vegetarian, is excited about the approaching tour of America.

She’s visited the states four times before, including road trip across the Northern states, another down the East coast, a choir trip to Chicago and a summer in New York.

She’s also been to Montana before!

“I had a memorable trip to Butte at the tender age of 9,” she recalls. “I remember tumbleweed and soda.”

Her reaction to the win in Belfast?

“Joy,” she says. “It would be difficult to be more excited. But I’m going to try anyway though.”

Her final thoughts on the approaching trip to America resemble the crowd at a United States Olympic hockey game.

John Engle: John Engle, 23, is, surprisingly, a American born in the windy city!

He’s 4th year student at Trinity studying a degree in Philosophy, Political Science and Economics. He hopes eventually to practice corporate law in the US.

His ultimate ambition is to enter American politics.

But he was born in Chicago, and raised in Haiku, Hawaii, where his parents moved in 2001 to avail of the tropical climate. Graduating from Seabury Hall high school in 2008, he moved to Ireland to begin his undergraduate studies.

Raised in a family of eight children, John’s father is a merchant banker.

Engle is an Eagle Scout, a member of Troop 22 in Maui, and is an active karate enthusiast.

Engle has been debating for five years and was a semi-finalist at the European championships. He competed at the world championships in Manila in January 2012.

“I really enjoy speaking to an audience,” he says.

Engle says his friends describe him as “inscrutable but nice” and he admits one of his favorite hobbies is “hanging out with my girlfriend.”

Engle has only been to America intermittently over the last five years, not having returned home in over a year. He is very much looking forward to touring his native country.

Engle says he most values “family and friends.”

His reaction to the victory in Belfast?

And about the tour of America?

“Incredible, unreal,” he says. “This is just an incredible opportunity.”

But this barrister-in-training ultimately hopes to pursue screenwriting as a career.

“Ideally I’d love to have a drama produced about the 1798 Irish Rebellion led by Wolfe Tone which ended in disaster,” he says. “I’d really like to be able to portray Irish history in a different light. We’re typically portrayed as a tragic, drunken shambolic people and we’ve internalized that image to a great extent.”

Brophy wants to revise perceptions of Ireland at home and abroad.

“I think there’s a lot to Irish history that’s worthwhile beyond sentimentality,” he said, “and I’d like to rehabilitate our image a bit.”

Brophy is an only child, raised in Blackrock, Dublin, which is a quiet coastal town a few kilometers from the city. His parents are both high school English teachers.

Brophy has been debating since he was 12 years old. He won the Irish National Junior Schools’ competition when he was 14. He then resumed debating when he was in college.

His biggest success, he says is “far and away” the Irish Times Debating Competition.

“I love the fact that it’s one of the few debating competitions that rewards style, wit and big aspirational arguments,” he said.

Debate has opened his mind broadened his perspective on a host of issues.

“What I like about debating is the diversity,” he says. “It gets you to think about and reconsider a range of subjects that otherwise would probably never occur to you.”

He says others describe him as “zen, chill” and admits to “enjoying drinking.”

Brophy has never been to America before but he’s always wanted to go.

“I particularly want to visit Monument Valley because I grew up watching a lot of John Ford films,” he says. “And it’s the most iconic spot I can think of. But I can’t wait to go on the tour otherwise and see all of America.”

His reaction to the win?

And to the tour?

“I am so thankful for this opportunity.”