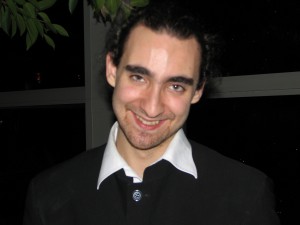 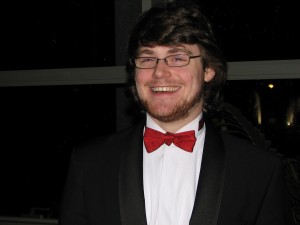 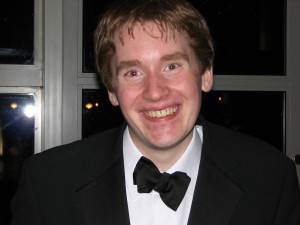 The 2008 Irish Tour of America

TO DENVER/COLORADO SPRINGS. On Wednesday, March 26 Fly from Dublin to Denver. Host Brent Northup, NPDA. The Irish will be driven to Colorado Springs, Colorado for the national championships hosted at United States Air Force Academy. The Irish will stay the Best Western Academy Inn.

On Thursday, March 27, The Irish will be featured in the annual American/Irish public debate at the opening assembly of NPDA Nationals at 4:30 p.m. at the United States Air Force Academy.

On Friday, March 28, through Sunday, March 30. The Irish are guests at the American national championship tournament. Possible ski trip.

TO DENVER, Regis University: On Sunday, March 30, Irish will return with Regis squad from Nationals to Denver, Colorado, Host: Robert Margesson, Cell: (303) 601-6750, The Irish will stay the Brown Palace Hotel. A tour of downtown Denver including a visit to the Denver Art Museum, the Denver Aquarium, and/or Red Rocks Amphitheater. There will also be public debate in the Mountain View Room at Regis University.

On Monday, April 7: The Irish will begin debating at noon at the Microsoft Political Action Committee Auditorium, at 3:30pm televised debate at Kirkland City Hall, and then at 5:30pm debate on our campus. Dinner will be in downtown Kirkland.

On Tuesday, April 8: The Irish will take a shuttle to the airport from the hotel.

TO OREGON, University of Oregon: On Tuesday, April 8, Irish fly to Portland, OR. Host: Aaron Donaldson: Cell: (541) 510-5819, There will be check in and time to freshen up at the hotel, the Best Western. The Irish can look forward to a fun time in Portland including: a trip to Powell’s Books, some Portland site seeing, and pizza/ movie at the McMenamins Kennedy School/ Theater. There will also be an interview with the Oregon Daily Emerald for the 4/9 issue.

On Wednesday, April 9: Host: Aaron Donaldson: Cell: (541) 510-5819, Irish will travel to Eugene and check in and freshen up at the Phoenix Inn Suites in Eugene. There will be a campus tour and meet and greets. The Irish will hang out and have lunch with the UO Ducks at McMenamins on the Willamette River, the day will end with an exhibition debate at UO.

On Friday, April 11: The Irish will have breakfast with the Alumni, meeting with Pacific Administration, a Public Demonstration Debate in Bechtel Center, Dinner with Alumni/Faculty, and the evening to be spent with Pacific Speech Team

TO DUBLIN: Sunday, April 13: Fly to Dublin from San Francisco

Ireland has crowned its debating champions for 2008 and three Irish lads are headed to Colorado to oppose three top American debaters in a Thursday, March 27, public debate that precedes the start of the NPDA national tournament.

The winning Irish debate team and the top individual were crowned on Friday night Feb. 29 on the campus of University College-Dublin.

The winning team was the team from Trinity College, Christopher Kissane and David Kenny. The winning individual was Stephen Boyle from University College – Dublin.

Since law school obligations prevent Kenny from making the trip, John Gallagher, the runner-up individual from Trinity, will substitute for Kenny on the American tour.

All three of the Irish champions are 21-year-old Dublin students of history.

Christopher Kissane: Christopher, 21, in his fourth year as a history major at Trinity, hopes for a career in journalism or, perhaps, as a professor of history. Both his parents are college professors.

Kissane has debated in the Irish Times Final for four years, reaching semi-finals twice and finals twice, including this year’s victory. He’s been a successful debater throughout college, including three trips to the world championships.

Son of an American-born mom from Michigan and an Irish dad, Kissane actually holds dual American and Irish citizenships. Born in Oxford, England, he lived briefly in Virginia and Georgia before moving to Ireland. Kissane has resided in County Kerry for the past 16 years.

Stephen Boyle: Stephen, 21, is a third-year student of history and English at University College – Dublin. Boyle is aiming towards a career as a consultant. His father is a researcher and his mother a news editor. His brother Aengus, 17, is a kung fu black belt. His family lives in Dublin.

Boyle describes himself as cheerful, dedicated, loyal – and messy.

Boyle has debated for four years, reaching the Irish Times quarterfinals and semifinals before winning best individual this year. He was a finalist at Oxford and broke at the World Championships.

“I believe that with perseverance, people can achieve almost anything they want,” says Boyle.

John Gallagher: John, 21, is a third-year student of history and French at Trinity. He says he may end up as a historian or, alternatively, a comedian. His father is a solicitor and his mother is a teacher.

Gallagher is a three-time Irish Times debater who has also competed at the World Championships three times.

“Debating combines two of my greatest loves: talking out loud and jokes,” says Gallagher. “Coming into contact with many diverse points of view has made me question and justify what I believe. That’s probably its greatest effect on me.”

All three have traveled in the states many times. Boyle has been to both coasts, and has competed at a Yale tournament. Gallagher has been to Pennsylvania, where he has family, and to D.C. Kissane’s dual citizenship has allowed him extensive time in the U.S.

All are thrilled at the prospect of the American tour.

“I couldn’t be more excited at the prospect of a cross-cultural oratory fight,” said Gallagher. “I’m really excited to come to the states at a time when oratory is reasserting its importance in politics, and to see how well Irish orators can persuade American audiences.”

“Debating is about passion and persuasion,” said Kissane, “so it’ll be great to meet different views and styles as we travel the states.”

The Irish Times final was held at University College Dublin in Dublin and hosted the UCD law society. The evening featured the nation’s four best two-person teams and the four top individuals.

All 12 debaters spoke once for 7 minutes, while answering questions during their remarks. The topic for the evening was “This House believes that Ireland owes a debt of gratitude to The Catholic Church.”